Housing corporation Nijestee commissioned this work as part of a project called “Pimp your main entrance”, in which several main entrances of apartment buildings were provided with an artwork in cooperation with the residents. In 2 entrances of 2 different apartments in one street, a couple of wall-sized pictures were placed.

The street is a major link in the district and connects two nature reserves in which water plays an important role.
To visualise this theme of connection, a pinhole camera was set up at the waterfront on one side of the street when it was a sunny day.
The camera was left alone, and I walked to the other side of the street, which took half an hour. After placing a camera at the waterfront, a walk back was made to the first camera to remove it and replace it with another one. The process repeated itself, and a walk back was taken to the other camera to replace it. Then again, the last walk back was made to remove the last camera.

So each of the images has an exposure time of one hour, and in all of the four photos, the sun can be seen as a strip of light in the sky.
You can see the path that the sun describes and the reflection of this process in the water during the time that I was walking up and down the street.
The path of the sun that can be seen on each photo overlaps, so through the strips of light on the image, a connection is created using time, water, light and space. 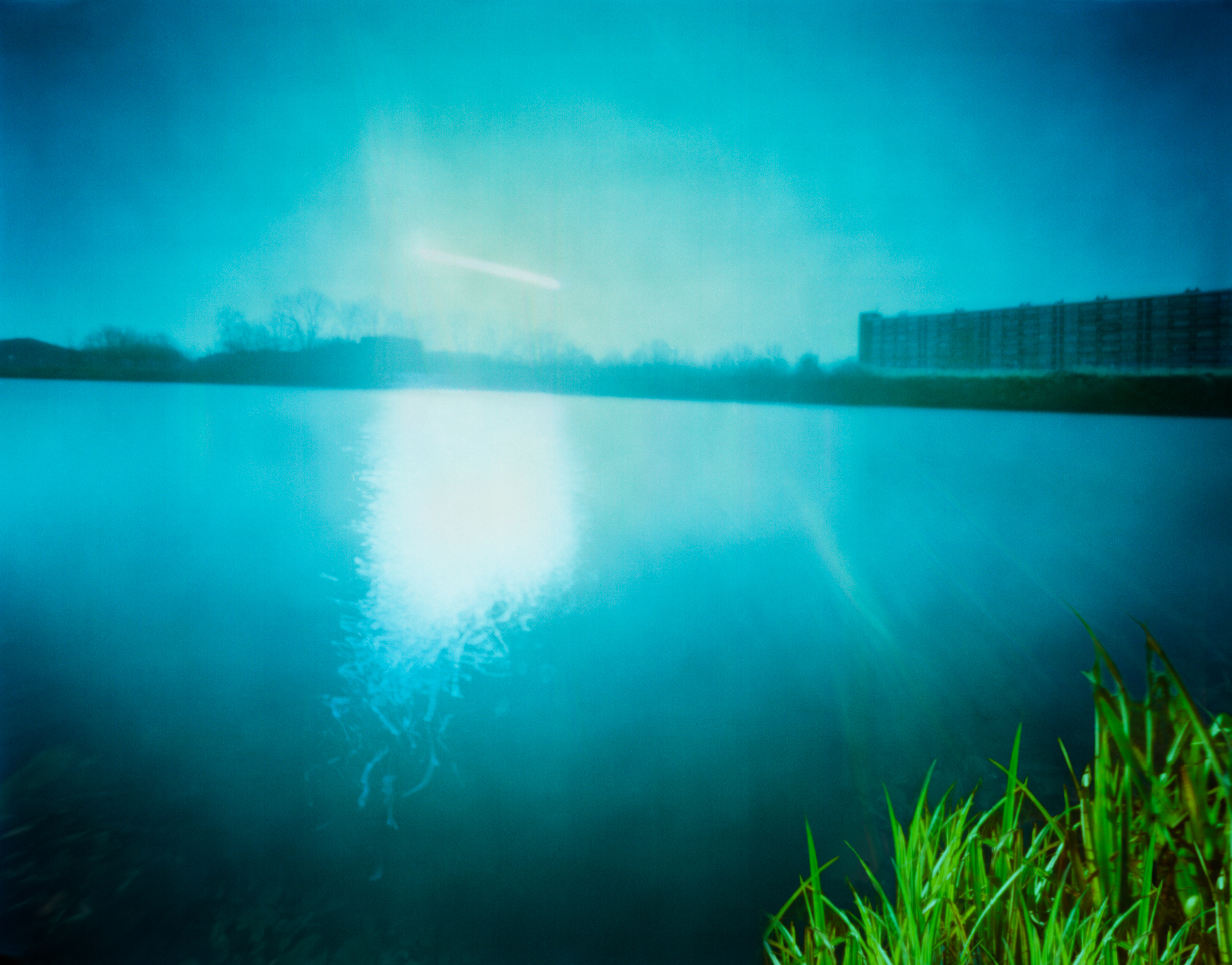 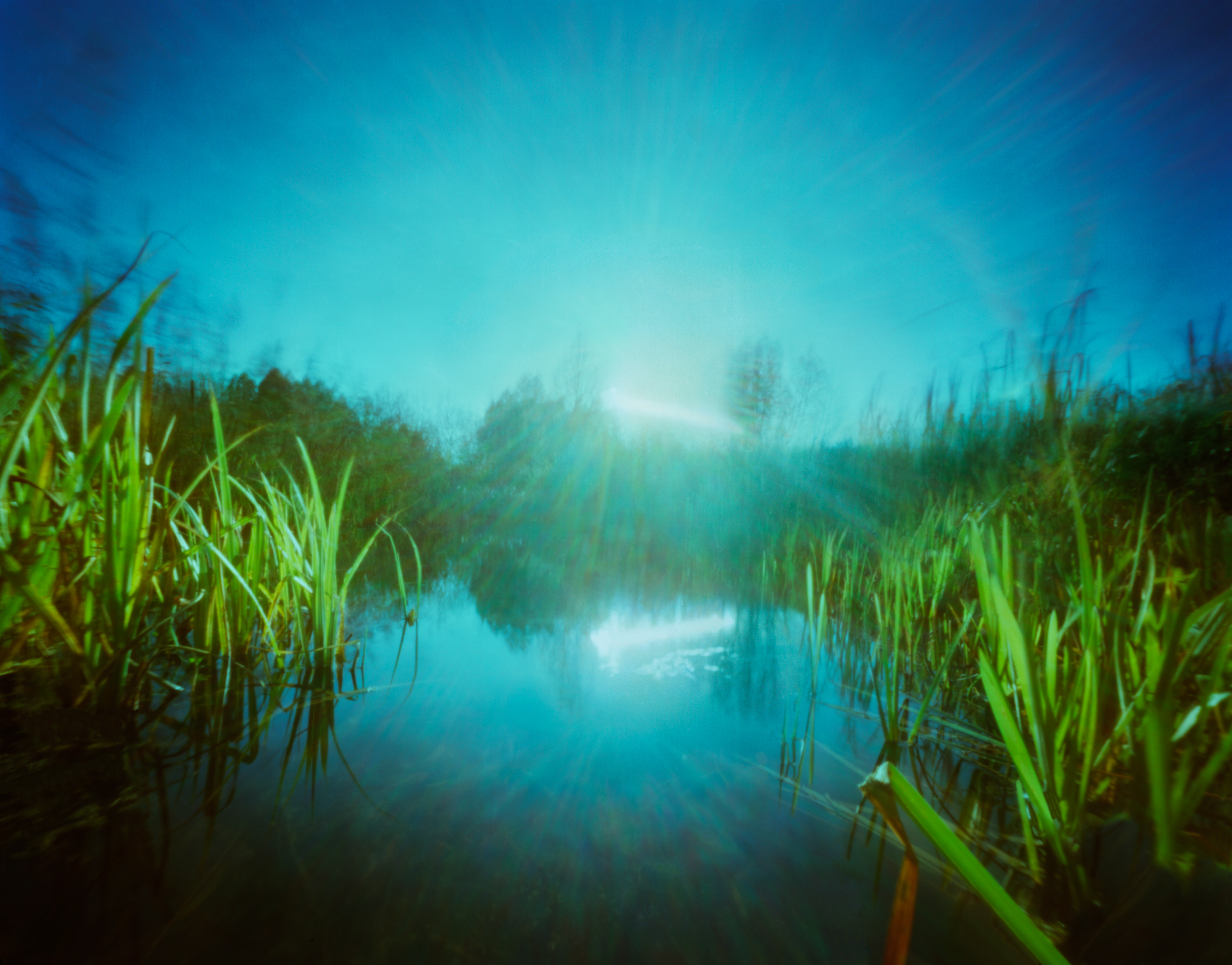 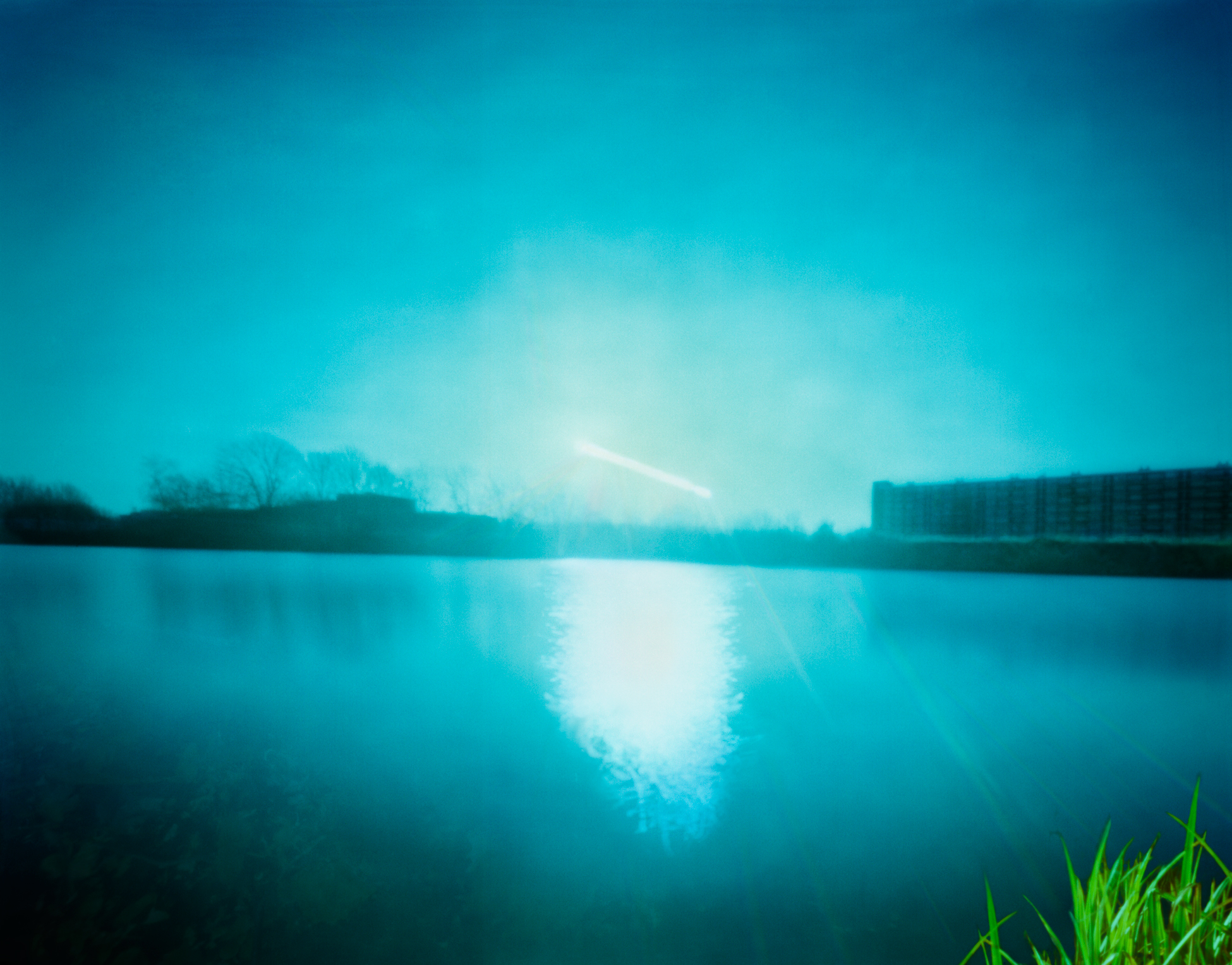 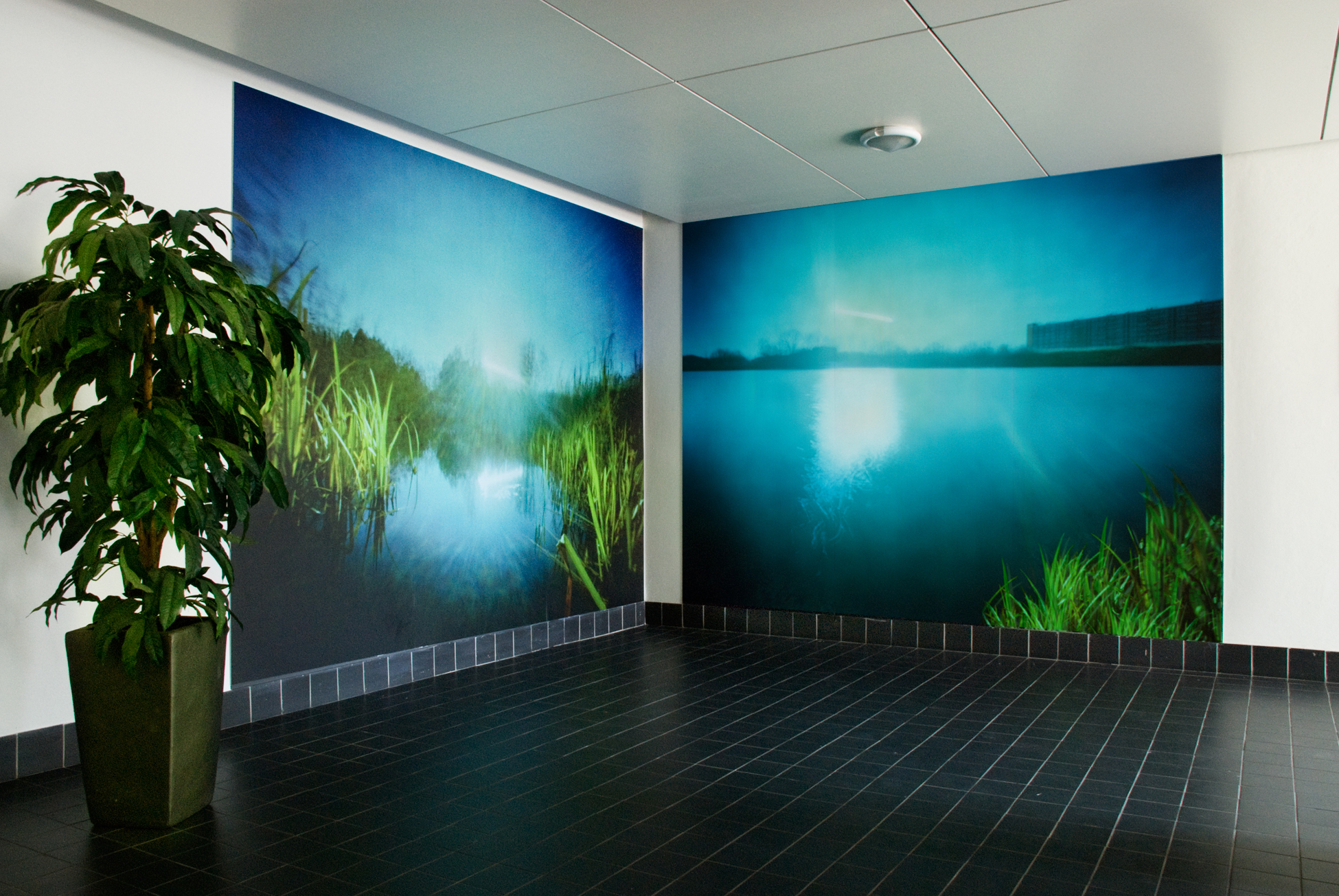 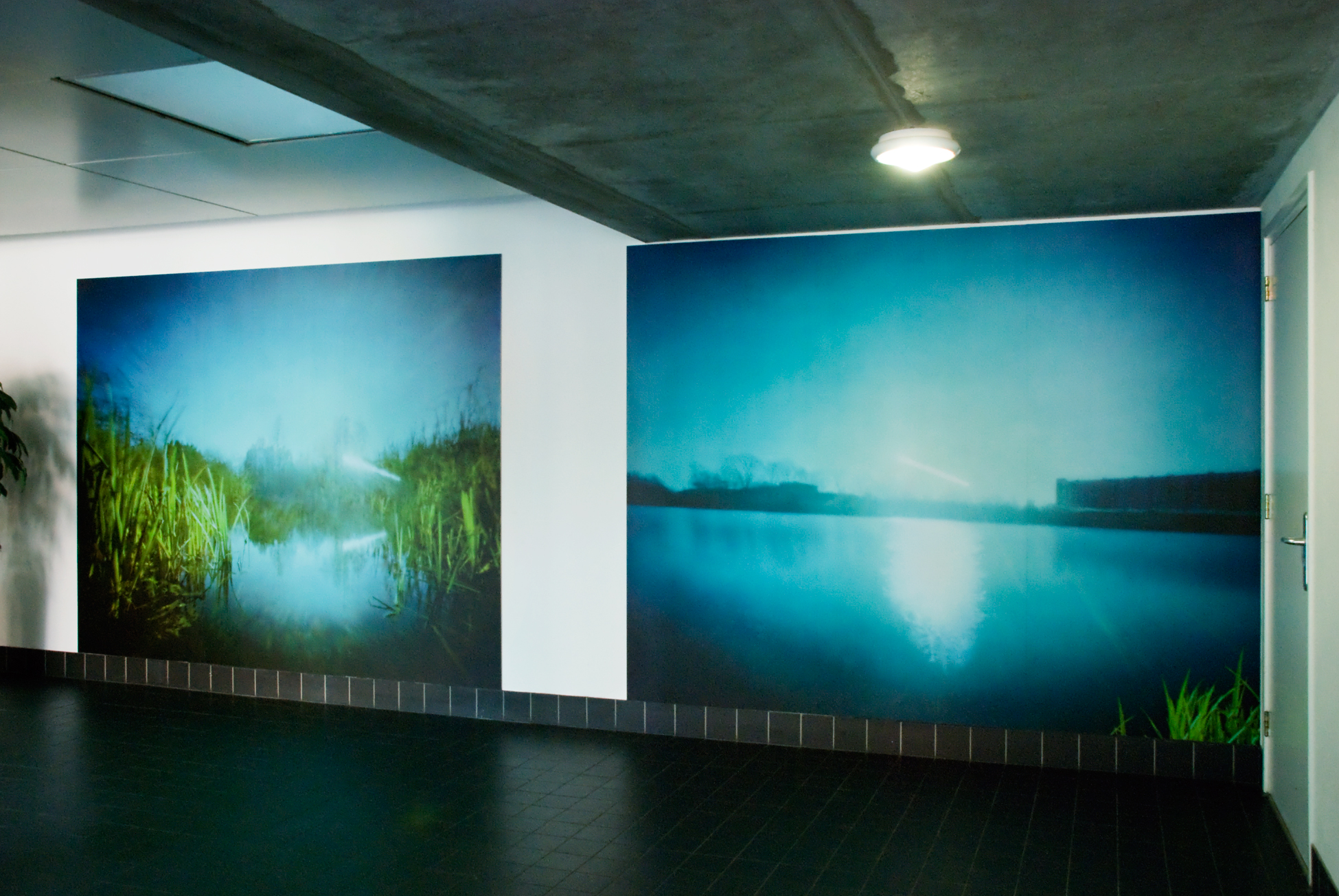