Ode to an artist in Museum Belvédère 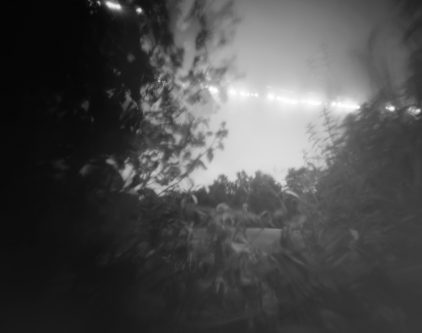 Jan Mankes artists project auction for Museum Belvédère I run regularly, and last year I kept seeing the entrance to a nature area next to my track.
Every time I ran past, I noticed the entrance gate and a sign next to it. This was new because the area was closed to the public since it used to be a private area. Actually, it still was, but the owners had decided to open it up to the public. You could now walk there freely from sunrise to sunset.

So one day I decided to go there and have a look.

The area is located in the polder just around the corner from where I live. There is a wooden fence at the entrance and a yellow sign that says Swamp and Forest. Behind it is a very silent and almost secret swampy landscape. It was a beautiful small area, but this first time I was there, I did not feel the need to take any pictures.

Until earlier this year, when I found a parcel in my mailbox.

In there was a small board and a picture of a painting by Jan Mankes (1889-1920). It turned out to be from Museum Belvédère, where I participated in an exhibition the year before. They asked me and with me more than 130 fellow artists to make an ode to this painting (1914) of a ditch with overhanging heather. The museum had recently acquired this work of Jan Mankes, which was the reason for this project. The ode had to be the same size as the board which was in the parcel and is also the size of the painting, 29,5 x 23 cm.

The works would be exhibited together with the original painting in Museum Belvédère.

Afterwards, the works would be auctioned, and the benefits would go to the museum.
I liked the invitation, so I started working on it.

When I saw the image of the painting for the first time, I felt some recognition in his way of looking at a subject like this.

There is so much to see and experience in simple things like this ditch, which shows the beauty of everyday nature.
It is a ditch around the corner from where the painter lived at the time.

That’s when I decided to make my ode in the almost hidden “Swamp and Forest” landscape around the corner from where I live.

At sunrise, I put down a pinhole camera (my usual homemade black box with only a tiny little hole in it)  at the edge of a small pond. I put it in the middle of the waterfront vegetation to hide it a little bit. It almost felt like trespassing since it was a private area, and I didn’t put a note on the camera as usual.

At sunset, when I picked up the camera again, I saw that it had sunk deeper into the vegetation.

I considered the image as lost but still developed the image, though and scanned it, and as often, I wasn’t too happy with it in the first place.
So I left it and decided to redo it later on.

But after a few weeks of looking at the image now and then, I slowly started to like it.

The path of the sun appears to be almost horizontal. The broken line showing that it was cloudy from time to time and the chaotic vegetation. This photo should be my ode. 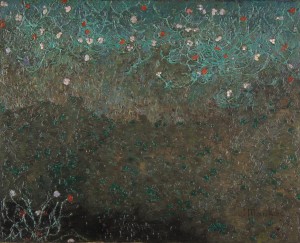